With the availability of the Z4 only to Japan, and the Z3+ only going to Europe, everyone in the U.S. hoped a much better flagship will come their way, luckily, the Xperia Z4V is everything the Z4 and Z3+ are, but it’s with quite a lot more added. If you’re waiting for a Sony smartphones that can actually pace with the best form Samsung and LG, the Sony Xperia Z4V could be the one, and it definitely has all the qualities needed. Practically, not many phones can say they carry all of those qualities, but this one does.

The Sony’s Z4V is its first Android smartphone to have a 2,560 x 1,440 pixel screen with a screen size of 5.2-inches. It uses the Sony’s Triluminos and X-Reality tech for sharp, natural colors, so it guarantees to look superb. It is powered by a Snapdragon 810 octa-core processor with 3GB of RAM, plus a 32GB of internal storage space and a MicroSD card slot for expansion. What provides the energy of the Z4V is a 3000mAh battery that lasts long, also it has wireless charging, and is compatible with both the Qi and PMA standards. The Z4V has an ace card on hand which is the IP65/68 waterproofing, which is the highest rating given to a smartphone yet. It also features a 20.7-megapixel, 25mm wide-angle lens on the rear, with an Exmor RS sensor, and a5-megapixels on the front camera. The Other features include 4G LTE, runs on Android 5.0.2 Lollipop operating system, NFC, PS4 Remote Play, and support for High-Res Audio. It’s the only smartphone that lived up many peoples expectations for now.

With all these reasons, the Sony Xperia Z4V is very impressive and desirable piece of smartphone. But with some other reasons, it can still be better than best, and that is one main reason many users opt in rooting methods.

You should boot to the main desktop screen after the device restarts few times. The device’s screen should look exactly the same as the regular unrooted state. There’s no really instant change visually, but the difference is that you can access the root files on your device and akl the data is still there. Now a new world is within your palm. 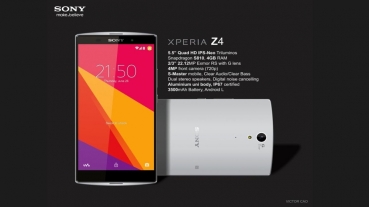 What to Do After Rooting your Sony Xperia Z4V

What’s next is begin the fun. With your rooted device you can do almost anything and customize about everything in your Android. You now have the privilege to exclusive custom ROM update, battery upgrade, memory expansion, boost processor speed, enable WiFi tethering, remove bloatware and unwanted preinstalled apps and features, and a bunch more of amazing things you didn’t think was possible.

But first things first. First thing you have to do once rooted, is to install custom ROM which lets you easily flash new custom ROMs into your device and install a backup recovery image. You can make use of the Clockwork Mod Recovery which is one of the most popular android custom recovery, next is to create backup image and you can also make use of the Titanium Backup. Then try to uninstall bloatware by uninstalling it like you would uninstall any other app. So now you have plenty of space on your Z4V. If you complain about the battery life, you can install root-only apps like Juice Defender or Greenify to extend its battery longevity. Or if you don’t like the Sony’s UI and want to change it, you can simply install custom ROM especially designed for Z4V.
Whichever reason you have, whether from simple visual appearance makeover to processor speed boost, rooting your Sony Xperia Z4V can help you use your stunning new Android device to its maximum potential and make use of it functionality to the highest level. All of which are for absolute convenience and ultimate Android experience.